See the flyer below for details on guidelines and the process for submission. 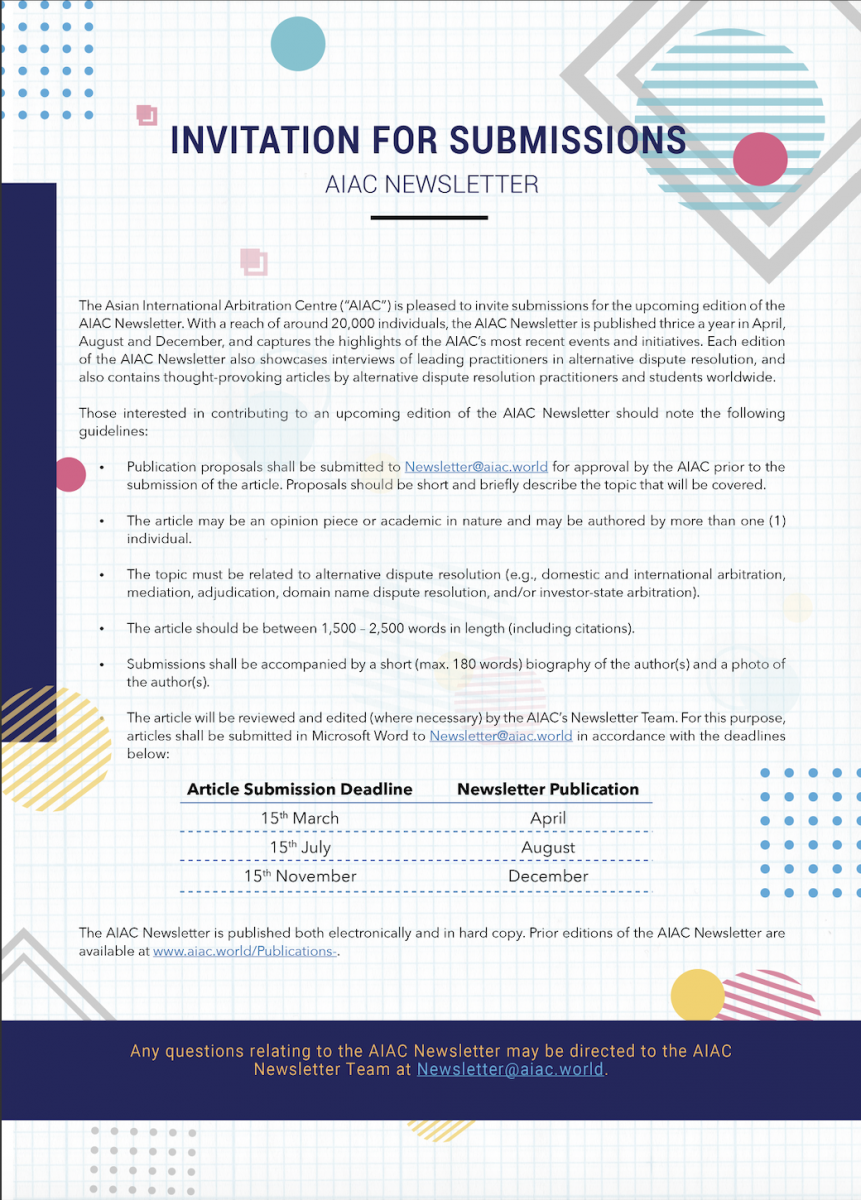 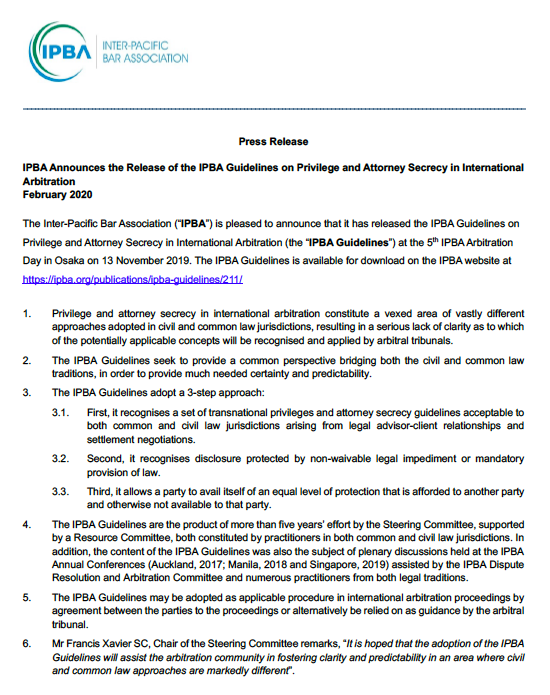 The IPBA Officers have been monitoring the concerns of our members as well as travel and governmental restrictions caused by the unpredictable novel coronavirus.

Although the Officers intended to make a decision regarding conference viability on February 17th, circumstances have dictated that a decision must be made sooner rather than later.

After very thorough analysis and careful consideration, it was determined that in the best interest of our members, the IPBA 30th Annual Meeting and Conference in Shanghai will be postponed from its original schedule of April 20-23, 2020 to October 18-21, 2020.

The order of events of the current schedule as it appears on the current conference web site will remain the same.

The conference organizer will contact the hotels for arrangements.

Further details of both meetings will be sent to all IPBA members in the coming days.

Thank you for your understanding and cooperation regarding this difficult decision taken under unprecedented circumstances.

We look forward to your continued support.

Mr. William A. Scott, then IPBA President (now Immediate Past President), gave a speech at the Plenary Session at the 25th Annual Meeting and Conference in Hong Kong. The text of that speech is presented here.

Twenty-five years ago, nine brave men dared to challenge the leadership of an established Asia-based lawyer’s association that they felt had veered from the principles they followed. From all around the world, these nine mavericks gathered at the country home of Nosei Miyake in Katsuura, Japan. They came together in friendship foremost, but also with the bold intent of creating a new association that would be different than any other. An association that would be first and foremost a democracy; not dominated by one individual, jurisdiction, or law firm; an association that would provide an environment in which the members are joined in friendship, fellowship, sensitivity to each other’s ideas, and opportunities for expression; that would create a forum for members to get together, exchange views, and make friends; and that would promote the rule of law. They met several times in the coming months, at their own personal expense, to exchange ideas on how to make their vision a reality. Their passion, this “Spirit of Katsuura”, was the driving force that could not be stopped.

As word spread, more and more lawyers contributed to the effort, even though there was no official association yet. Just one short year later, in May 1991, 500 lawyers came together in Tokyo to mark the first conference of this fledgling association, thus establishing the Inter-Pacific Bar Association as a force to be reckoned with in the Asia-Pacific Region.

Since then, the IPBA has seen 24 Presidents, nine Secretaries-General, dozens of other Officers, hundreds of Council Members, and thousands of members. The diversity of legal experience, life experience, and cultural experience that each member brings to the IPBA solidifies the philosophy that was the founding members’ wish. The players may change, but the Spirit of Katsuura remains.

It’s natural to reminisce about the past on a milestone anniversary such as this, our 25th, but it is also a good time to look forward to the future. This conference’s theme of “Vision for the Future” is appropriate, then. As the IPBA looks to its own future, the leadership is considering the changes necessary for us to make to keep up with the changing world around us. In 25 years, the IPBA Constitution has been amended only once, in 2006. The changes we are proposing have the aim to benefit you, our members, by strengthening the administrative structure and protecting the leadership so that they can serve you more effectively. Whatever changes may be in store for the IPBA, we remain steadfast in our commitment to the “Spirit of Katsuura”.

We can congratulate ourselves on making the IPBA the preeminent legal association in the Asia-Pacific Region. The IPBA is sometimes compared to other legal organizations, but we truly do stand on our own. More and more, other associations are asking to collaborate with us, knowing the reputation that our name carries. We are not a large organization in terms of member numbers, nor do we strive to be. We are an association of quality rather than quantity.

Together, we can ensure that the IPBA will continue to be a key player in the region for the next 25 years, and for many more years to come.